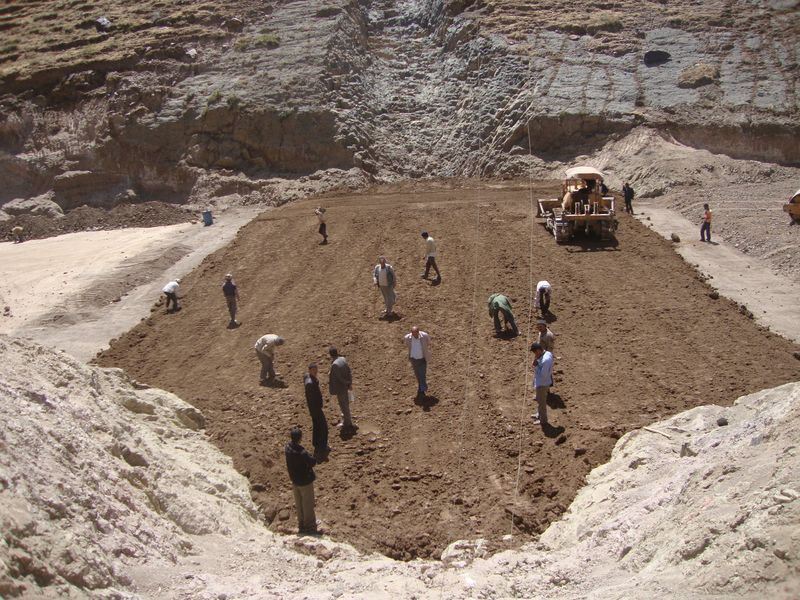 The SFD carried out a qualitative study aimed at identifying the impact of the 2011 events on various target communities.  The SFD also used the study to find out about the ways that target communities overcame the 2011 challenges, as well as the impact of the 2011 events on SFD development activities and efforts. The study, based on qualitative data collected from field visits, was conducted in 47 urban and rural areas distributed across 47 districts in 20 governorates.

The most remarkable findings of the study are as follows:

Development needs for the people in urban and rural areas in Yemen have increased as a result of the disruptions of their everyday lives caused by the 2011 events. The situation was compounded by the suspension of most government and non-government development projects and worker layoffs in many small factories and workshops.

The rise in prices, and shortage of fuel, commodities and services, hit economic activities and the tourism sector particularly hard.  These shortages also encouraged monopoly practices in local markets, further exacerbating the situation.  High transportation costs, along with road blockages accompanying the deterioration in security, added to the costs of bringing goods to the market, while workers faced a considerable deterioration in wages, income and work opportunities.

The situation also forced poor families to sell their productive assets, such as livestock, and even their personal belongings such as gold, weapons, and valuables, to cover their basic living expenses.

The study noted that as savings in many areas were depleted, spending was targeted to only the very essential needs, such as for health and education. New spending behavior appeared to cope with the new needs that arose, for example purchasing alternative lighting materials due to the total loss of electricity in some areas, as well as the increase in expenditures for domestic gas.  Moreover, during this time the cost of potable water nearly doubled; major cities were particularly vulnerable to water price increases. Housing costs also rose, while the tensions in several areas of the country forced families to flee.

The study also found that rural women faced increasing burdens, which led women in several target areas to work on farms for meager wages. Rural women had to adapt in other ways as well, including providing wood for fuel instead of the unavailable domestic gas, and facing an increased burden of fetching water due to shortages and rising costs.

The situation also negatively impacted student enrollment and attendance.  The rising transportation costs also decreased the number of people who could benefit from the outreach, educational, and health services provided by government and non-government programs.

The study also examined the pattern of reverse migration from urban to rural areas.  Job losses, rising unemployment and income losses in urban areas contributed to this movement of people back to rural areas.  The declining economic situation in the cities also led to a decrease in the value of remittances sent to the countryside, further aggravating rural problems.

Agricultural production was severely impacted due to the rising costs of agricultural inputs and transportation (driven in part by the high cost and shortage of diesel and oil products in many areas), and to the blockage of roads, which affected the ability of farmers to bring their products to market.

The events also resulted in several positive developments, including the increase in social solidarity in certain target areas and the involvement of several civil society organizations in establishing cooperation with the affected communities.  However, the events in some areas were accompanied by other negative behaviors such as the increase in illegal migration and human smuggling, the carrying of weapons in main cities, thefts, roads blocking, as well as begging by men, women and children. In addition, environmental problems increased in urban areas due to pollution, and the accumulation of rubbish and overflowing sewers, resulting in the spread of diseases.

The local communities resorted to alternative behaviors and practices to cope with these challenges. These practices included reducing spending by cutting out luxury items, and even dispensing with many food ingredients.  Communities also responded by borrowing from each other, selling belongings and drawing down their savings.  In rural areas many households took to selling assets such as land and animals.  The behaviors were reversed in urban and semi-urban areas, where some households started to raise livestock as food.

The SFD has drawn from the findings of this study in order to wage a more effective response to the actual development requirements in this changed situation.