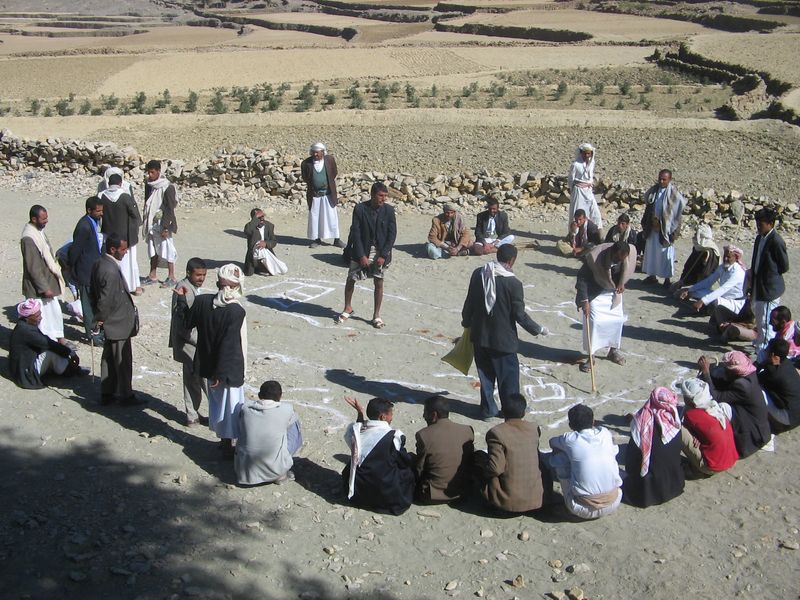 Many populations in third world countries suffer from diseases caused by harmful environmental practices. In Yemen, as a very poor country, many rural communities employ unsafe habits such as open defecation, refraining from washing hands, and drinking unpurified water. The reasons for this are manifold, and include a lack of health awareness, water scarcity, and overall economic conditions. In response to these challenges, the SFD has contributed to raising hygienic and environmental awareness through the application of the community-led total sanitation (CLTS) approach in several areas in the country, achieving notable success.

In this regard, the SFD targeted 19 villages in Bani Nesr, Bani Aawf,and Bani Nawf sub-districts of Al-Madan District (Amran Governorate), each of which were negatively affected by open defecation. Thesevillages, with a total population of about 8,067 residing in 769 houses, had previously suffered from the spread of five diseases: diarrhea, schistosomiasis, malaria, intestinal worms and renal (kidney) diseases.

The spread of these diseases affected the lives of most of the villagers,especially children. SFD’s teams conducted field visits to the targeted villages to study their environmental, hygienic, health, and social conditions, finding a medium-to-high prevalence of the mentioned diseases. The visits also revealed that 671 houses lacked sanitation facilities: more than 78% do not contain sinks for washing hands, and 87% of the villagers do not access to clean potable water.

The SFD used extensive community persuasive awareness approaches such as motivating and following up with homeowners to build bathrooms, and digging and covering pits. The SFD also reached out to public facilities, including mosques and schools. Problems that arose were solved in meetings and public events, with cleanliness campaigns conducted in the villages.

Following CLTS application, the situation changed dramatically, as the number of houses with sanitation facilities rose from 98 to 406 houses (a growth rate of more than 400%), and general sanitation coverage increased from 13% (pre-intervention) to 53% (post-intervention)