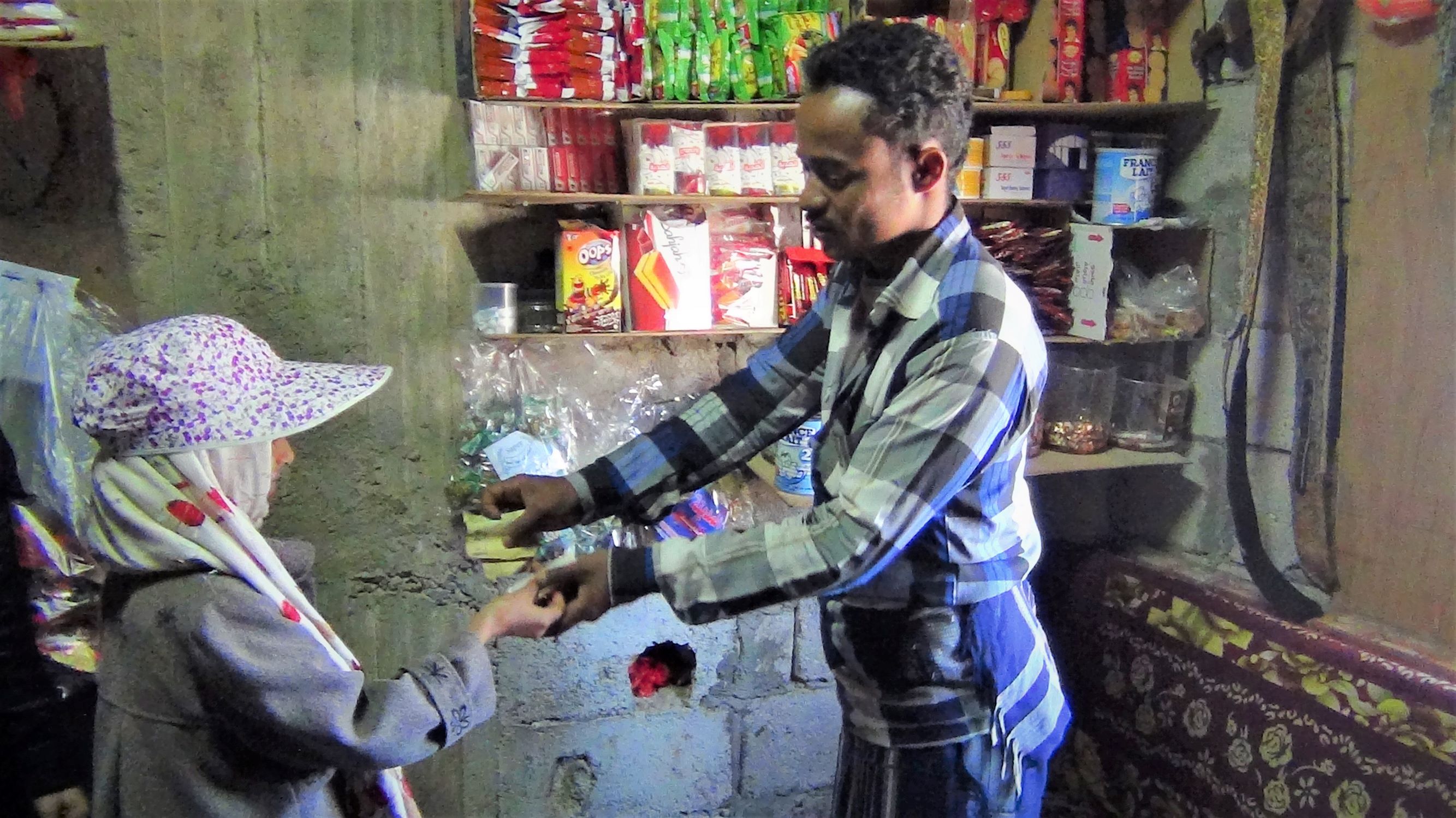 After multi-displacements due to the heavy clashes in Taiz City, Sadam Abdullah has spent most of his CFW labor wage on starting an income-generating commodity shop inside his only unfinished bedroom. Sadam and his new wife are using their bedroom also for accommodation and cooking. Having his room in the third floor, he sells the food and detergent goods for the peer IDPs  living in the same unfinished six-floor building in Alhawban suburb that houses large numbers of IDPs.

Receiving only one-off food basket from an INGO and suffering unemployment throughout his 30-month displacement, Saddam could plan well his spending of the $400 on other things;   food items and repairing his motorcycle for additional support of livelihood. Now, he saves the income of his motorcycle for the future needs while using all income of his shop to expand it. "We have been living the best period of our life in displacement," says Sadam.